Why I decided to close my digital agency 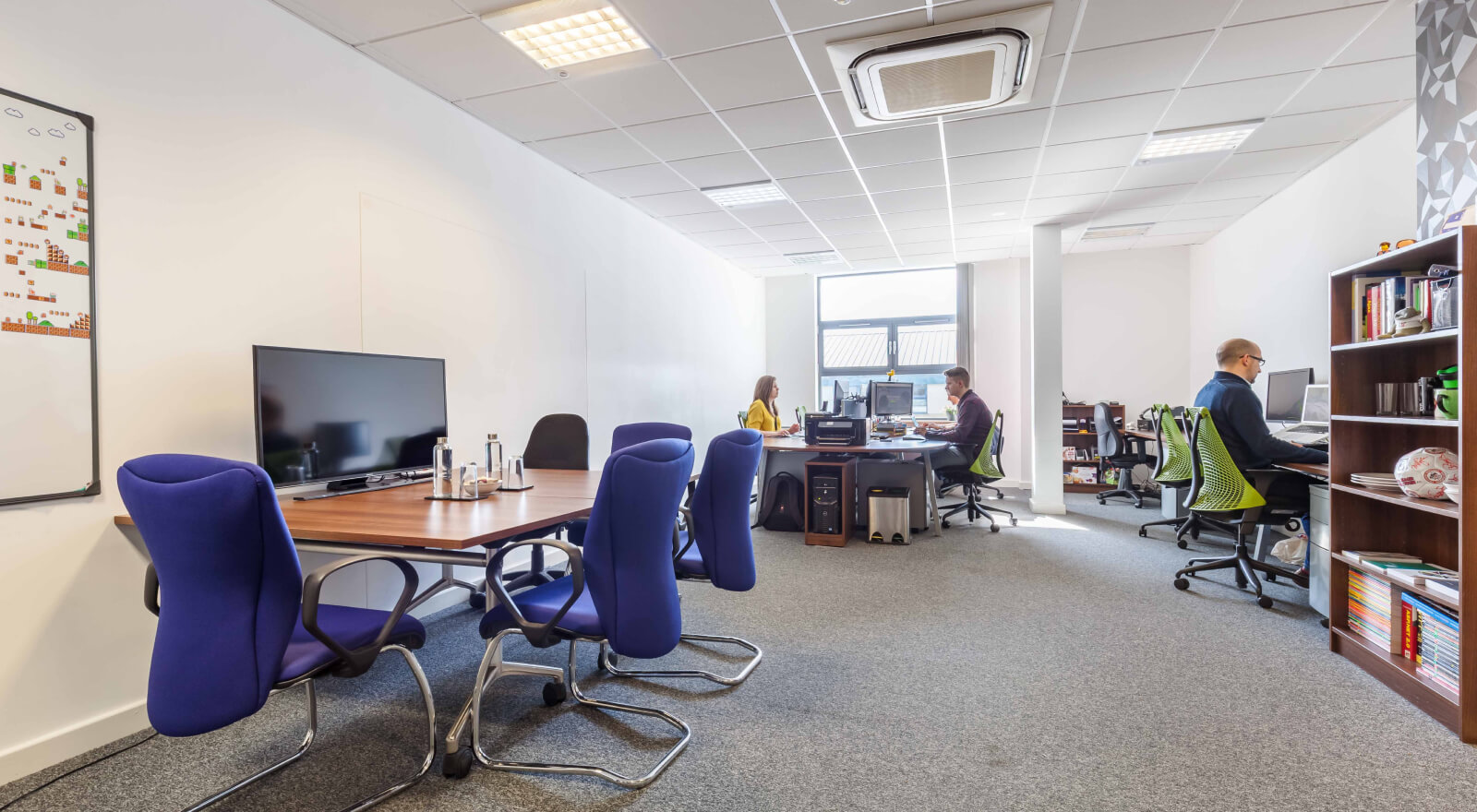 Whilst Daymedia officially closed in December 2020, the scale down was long and pre-calculated. I've told the story many times in conversation, however I thought it might be useful to engage in a bit of self-reflection and share my thoughts.

There were many factors that contributed to my decision, most of which started to become more apparent in late 2017. We'd had a fantastic period of growth, just won our first award, and there were many prospective clients knocking on the door. This was a year that I spent in back-to-back meetings, whilst writing proposals and pitch slides in the spaces between.

Whilst the trajectory of the business had always been positive, I was always conscious of a key trend emerging in the market that I knew we'd eventually have to find a way to overcome...

The state of the web design market

Prospective client expectations were rapidly increasing, whilst their budgets were decreasing.

At first, this became apparent mostly with new business. Over time though, we also saw this begin to happen with a small number of our existing clients, even those that had achieved solid results from previous projects.

The perception of value had always remained (and was our core focus when pitching), however it appeared that many prospective clients now felt that the capability to deliver that value was possessed by all.

Whilst I can't be 100% sure what created this misconception, I felt strongly that the marketing of drag-and-drop (WYSIWYG) products was a big contributor. Combine this with the ability of conference speakers to make their products seem 10x more magical than reality, add a sprinkling of social media reach. You then have a recipe for a business community where a lot of people believe that web projects are easy, fast, and cheap.

In particular I recall seeing this talk from Page Cloud in 2015, hailed as a revolutionary web disruptor with great fanfare. Where is it today? Their website boasts numbers of around 100,000 websites, whereas Wix is estimated to now have over 200 million users. Online reviews criticise PageCloud for being "too expensive" at just $19 per month.

The appetite for clients to invest in quality web design was in decline, and I came to a realisation that for many of them it had even become a grudge purchase.

We had some fantastic clients at Daymedia. Clients who valued our talent, recognised the rewards of our work together, and invested in further projects.

It felt like a simple equation to just find more clients like the ones that we had, but the state of the web made them become increasingly rare. Less than 5% of the leads we received passed our qualification criteria. We still had to process through the noise of the 95%, and then compete hard for that 5%, burning through a large amount of time and effort in the process.

As the business grew in reputation, we began to receive RFPs from bigger companies. Whilst the state of the web was a problem, winning a blue chip client could have been a game changer for us. So, we decided to invest more effort towards this goal.

On one occasion we had been approached by a major UK travel brand, and subsequently made it to the final stage with one other agency in consideration. I'd invested approximately two weeks of work into this opportunity, and to lose it in the end was not only a blow to me personally, but it suddenly made the outlook for our small agency appear uncertain.

N.B. One year later I discovered this project didn't even happen for the agency that won it, which is also a big problem in the market.

Some might say it was bad luck, but the majority of prospective clients I spoke to in the second half of 2017 consumed large amounts of our time for zero return. It was a frequent occurrence for us to hear that we were the preferred agency, but had been rejected due to being more expensive than the other options.

Talent had outgrown the business

The challenges with new business then had a subsequent knock-on effect on the people within the business.

Daymedia had come a long way, but financially it hadn't quite reached a level that reflected our achievements as individuals. We never had a problem with staff retention, but I felt there was risk on the horizon that people would soon want to leave to earn more elsewhere (including myself!).

We needed to find a new direction.

The pivot had failed

As a result of all these issues, I decided that we needed to pivot the business. Instead of climbing the mountain, why not walk around it and find a new path?

One of the options we considered was to build a SaaS product, although we found it difficult to kick anything off amidst the volume of client work that we had on our plate. Also, it would take a long time to build something that could then be commercialised.

Ultimately, I felt the fastest way to accelerate us forwards would be a merger with another business. I had preliminary discussions with a few other companies, and eventually we began a partnership with one of our clients who were software developers in the customer experience sector.

We had a successful trial period of working together for three months, it was a perfect fit for Daymedia. I received an offer to purchase the business, along with offers of employment for myself and the remaining members of the team. However, as much as it worked for Daymedia and the team, it wasn't a good fit for me personally... so in the end, I declined the offer and decided to seek a new opportunity elsewhere.

In early 2019 I accepted a new job as an in-house developer at a commercial property business, and placed Daymedia into support-only mode.

One of the things that immediately surprised me in my new role was how much money this company could make versus the effort required.

As a digital agency, my team and I had to work extremely hard to deliver a project. We'd pour our hearts into the design, spend weeks coding, and bend over backwards to accommodate all the changes and extra work that clients expect. As the old saying goes, it was blood, sweat and tears.

At my new workplace, people could make the same amount of money in a fraction of the time, earning commission from signed contracts. This, for me, was a low effort / high reward business (BTW, I'm not saying this job was easy... just a lower effort in comparison).

Running an agency should be high effort / high reward, but for myself (and for some other agency owners I knew), it had become high effort / low reward game.

Time to change the game

All this experience led me to feel that those who are digitally skilled, can potentially earn greater rewards outside of running an agency.

Instead of burning yourself out making a website for (example) an estate agent, why not make the website for yourself and become an estate agent? You have the ability to stand head and shoulders above the competition in the digital space, and would make more money selling your first 2-3 houses than you would have done selling the website itself.

This for me, is why businesses like Rightmove and Just Eat have prospered so greatly. They identified a requirement in a market where prospective clients were unlikely to invest in digital themselves, and seized the opportunity.

Nowadays, many businesses continue to deploy low cost, low quality digital projects at an alarming rate. People are stuffing their websites full of tracking scripts and widgets, slowing the performance of their own digital channels. There are many opportunities out there for professional digital practitioners to introduce quality products into the market that can stand out simply by not being slow and buggy.

One of the other things I learned quickly after closing the business is that it is also hugely satisfying to have responsibility over one product at a time. Working on something with a bigger scope, instead of trying to spin many plates all at once.

The weight of managing 50-80 websites and apps was an enormous task. No matter how small, every single one of these has its own concerns in terms of security, accessibility, data privacy, analytics... we had delivered many of the same things over-and-over again on a repeating cycle.

Breaking out of that cycle, taking ownership of a product, making it as good as it possibly can be. It can be hugely rewarding, particularly in terms of personal development.

In the interests of balance...

I think it is worth stating that this article is definitely not here to say "don't run an agency". Clearly, there is still a big role for agencies to play in the business world. Especially since the COVID-19 pandemic, many businesses may feel it is a greater risk to insource their projects.

More than ever, it emphasises the importance of finding a niche for your agency in a sector where you can attract the right kind of clients. Qualification of new business is key. If you do this effectively, then there is every chance that you can still grow a highly successful agency, and join the many others that exist in the market today.

My experience has led me in a different direction. I loved running my agency, it was a truly wonderful experience (This article might suggest otherwise, it was very difficult to write!). I wouldn't rule out returning to agency land one day, but for now... mischief managed! 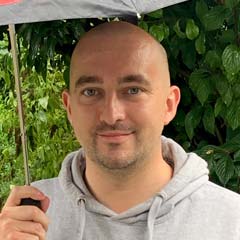 Chris is a web developer, graphic designer, and former digital agency owner. In his work he aims to craft with conscience, creating magical customer experiences that accelerate business results.